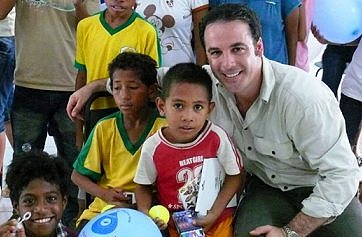 Following a successful tour to East Timor to perform for Australian troops – Paul Costa – returned home feeling good about his amazing experience overseas only to be named Victorian Male Vocalist of 2008 at the Victorian and National Country Music Awards in Whittlsea. Talk about a great homecoming!

Costa swept the awards last year and says this award was a complete surprise. “This is wonderful and very exciting and something that is truly un-expected. It’s the icing on the cake after the honour of performing for our troops in East Timor”, he says. 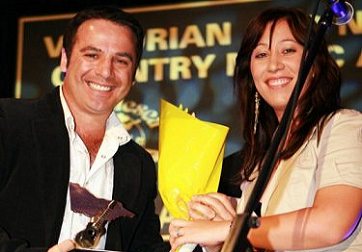 Costa visited East Timor at the end of January as part of the 12th morale boosting Tour De Force concert tour alongside comedian, Fred Lang, all girl punk band Legless and former Big Brother housemate, Krystal Forscutt, who was the MC for the tour. During the tour, they performed for Australian Defence, Australian Federal Police, NZ Defence Force and United Nation personnel.

The tour to East Timor was fantastic to be part of – just being able to bring my music to the troops and bringing some joy into their lives while they are away from their loved ones was an extremely rewarding experience.

Paul Costa returns to the studio shortly to follow up his successful Restoration album.

In This Life
Scroll to top